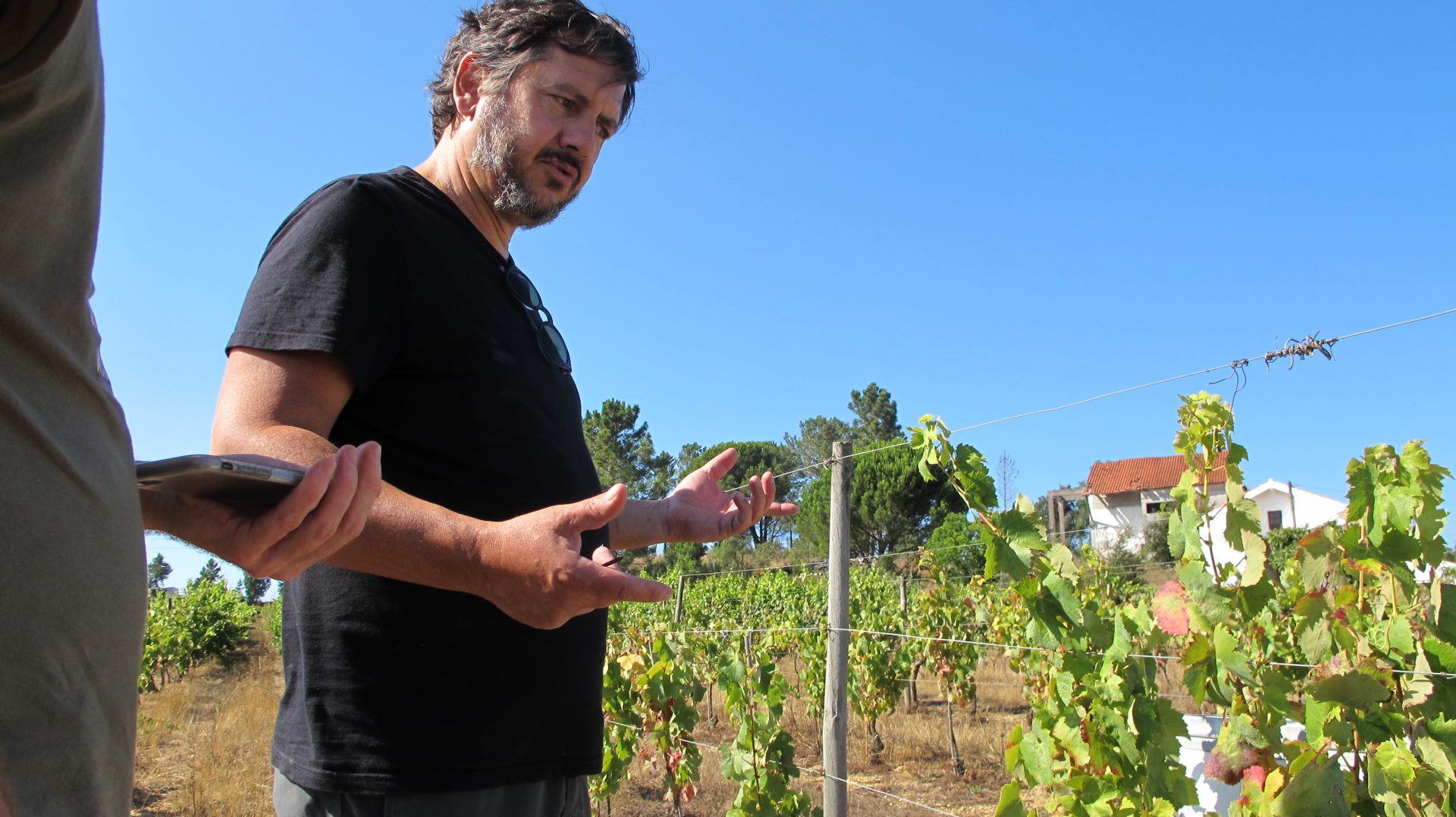 Antonio Marques is the fifth generation of Quinta da Serradinha, a family winery located in the town of Leiria, on the limestone’s slopes of Serra d´Aire, north of Lisboa Region, within 17 km from the Atlantic sea. Benefit from the ocean, Antonio, produces wines with refreshing minerality, elegants and good ageing potential. In a total of 6,5 hectares of vineyards, on clacareous clay soil, all the vineyards in Organic Certification since 1994. Quinta da Serradinha they were the pioneers starting as organic farming in the area. In the middle of the 20th century, the Marques da Cruz family began to commercialize wine the region of Lisboa. The family recover the vineyards, and before anyone else in the region strated producing wine in the most organic and sustainable way. Nowadays Antonio is still one of the leaders in Portugal when it comes to producing wine as naturally as possible in both the vineyard and the winery. They vines are planted between 1952 and 1996, for white local varieties; Arinto, Fernao Pires and Encruzado, for reds varieties; Baga, Castealo, Touriga Nacional and Alfrocheiro. The total production is 17.000 bottles/year.

Encruzado and Arinto blend, aged in old barrels for a year. Organic farming.