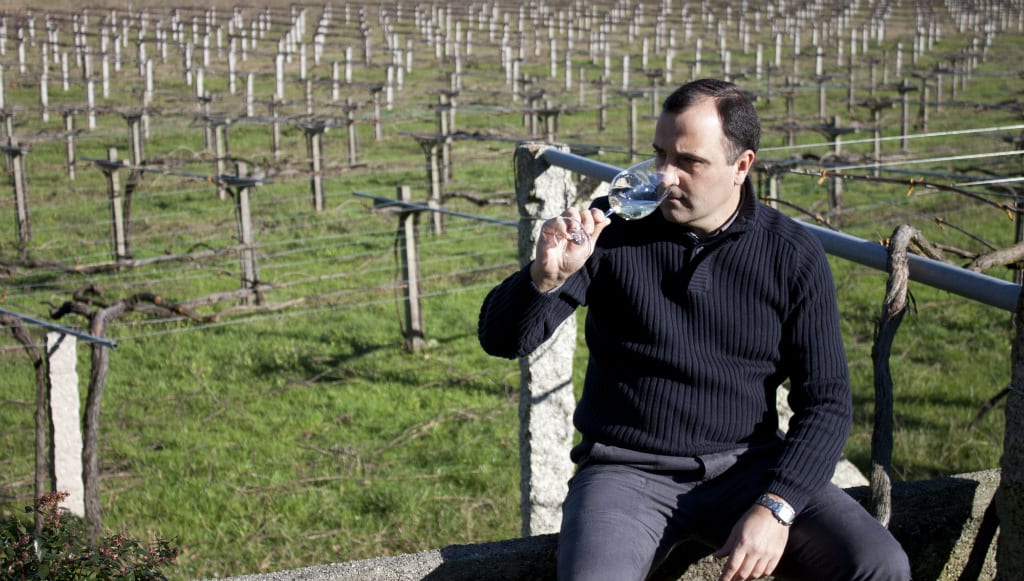 Carballal is the second-generation family run winery, currently composed by 7 brothers who are involved in the project. Their father, Benito Vázquez, was one of the promoters for the Appelation of the Rías Baixas back in the 1970’s. The winery is Located in Salnés Valley, Cambados town, sub-region of Rías Baixas. The climate in Rias Baixas is Atlantic with high rainfall average of 1200mm approx per year. But in summer time Salnés has a micro climate similar to the Mediterranean, which is excellent for the maturation period of the grapes. The grapes are grown in two different estates, “Carballal” (oak forest) with 3.4 hectares of old vines, planted in 1978 and“ A Granxa” (the farm) with 2.4 hectares of younger vines. Juan Carlos, the winemaker, focuses his work at the vineyard, environmentally friendly and bringing into the bottle the flavours of this Atlantic climate land. He works with organic methods in the vineyard as follows: In Autumn and spring he enriches soil with minerals and organic mulch (grass and plants). Also not plowed. His fundamental three rules in winemaking are: indigenous yeast, fine lees stirring and malolactic fermentation.