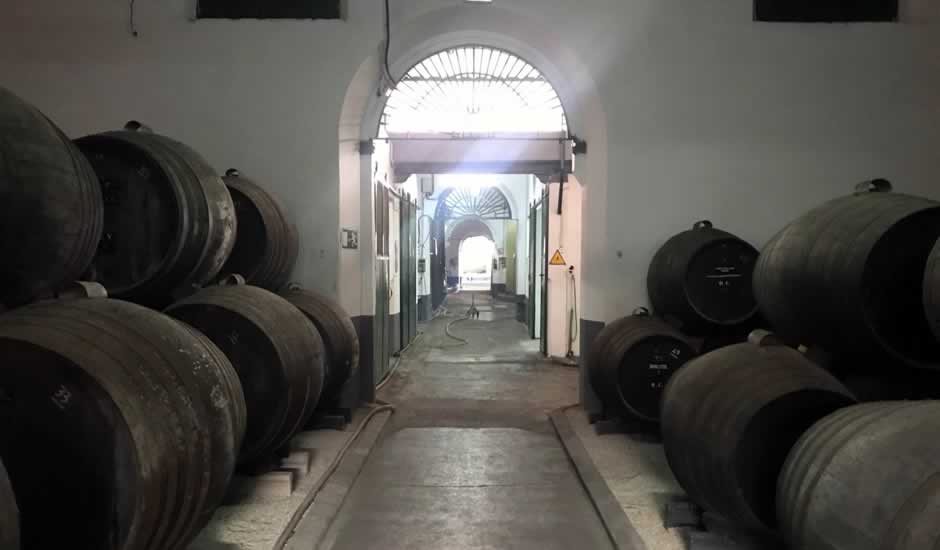 Primitivo Collantes is located in Chiclana de la Frontera, lesser-known sherry region in the south part of the Marco de Jerez, know as Zona de Produccion. Primitivo Collantes and his brother Tomas founded the bodega in 1889. Nowadays the fourth generation runs the winery and is led by the also named Primitivo. They own a total of 39 hectares of Palomino vineyards, located 8 km away from the seaside. The estates are named Pazo Galvan and Pazo Matalian, both with Albariza soils; Tosca Cerrada and Lustrillo and Tajon, different types of Albariza. They don’t use herbicides neither pesticides, use of compost of goat and horse from the farmer close to the vineyard that works in organic. Thanks to the proximity to the Atlantic sea, all their vineyards benefit from the Levante and Poniente winds, which benefit to prevent fungi disease as mildew. Also helps the Palomino grape to mature slower than usual, adding freshness, elegance and varietal grape character to the final sherrys. Moreover, the bodega is located in a strategic place that has the advantage of the wind currents, giving humidity and freshness. The latter is crucial for the development of the flor (layer of yeast). In total of 3000 botas- barrels-, in the winery for the sherrys the used primera yema -first press-. The Fino Ceballos comes from the single state of Pazo Galvan and for the Fino Arroyuelo en Rama and Amontillado Fossi comes from the single the state of Pazo Matalian. Primitivo also makes still wines; Socaire is a white wine made of Palomino without flor in Fino barrel.