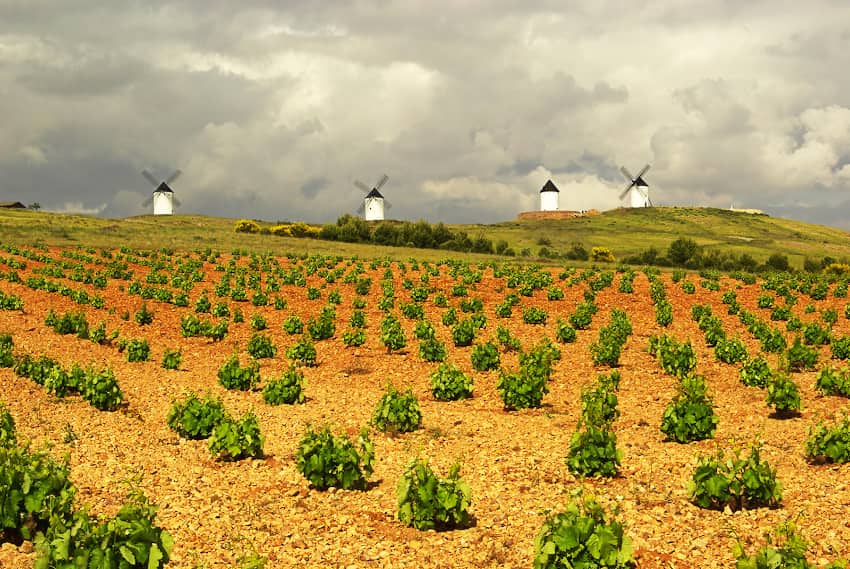 Bodegas Parra is located in the small town of Las Mesas, in the Spanish Meseta, province of Cuenca, La Mancha. This is the biggest wine production area in the whole Iberian Peninsula and also the land of the worldwide famous writer’s Cervantes character: Quixote. Wine production in Bodegas Parra started in 1993 by 3 of Parra brothers and continuously they were growing and diversifying Organic wine production into biodynamic through plantation like cereals and garlic also used to feed their animals and close the biodiversity. In 2004 they built a bigger winery in the same village, Las Mesas, and continuous with their organic philosophy. It is then in 2008 when they began the conversion to Demeter biodynamic certification. The goal is to create a self-sustainable eco system with farms and animals, altogether. Among their agricultural techniques, they use fermented manure from their own animals, rotation of crops, to enrich the land with natural inputs. All these along with preparations as Maria Thun and P500 and P501, enhance the fauna and flora population. In Parra they also make biodynamic cheese from 700 of native breed of black sheep flocks out of a total of 3000 remaining in danger of extinction. The wine, which is what we focus here, is another piece of this natural environment. According to their philosophy in the vineyards, they extend that at the winery. The low intervention winemaking and the use of native yeast, unfiltered and unfined, are the winemaking practices of Pablo. He controls and supervises all the processes from the harvest to the final wine.