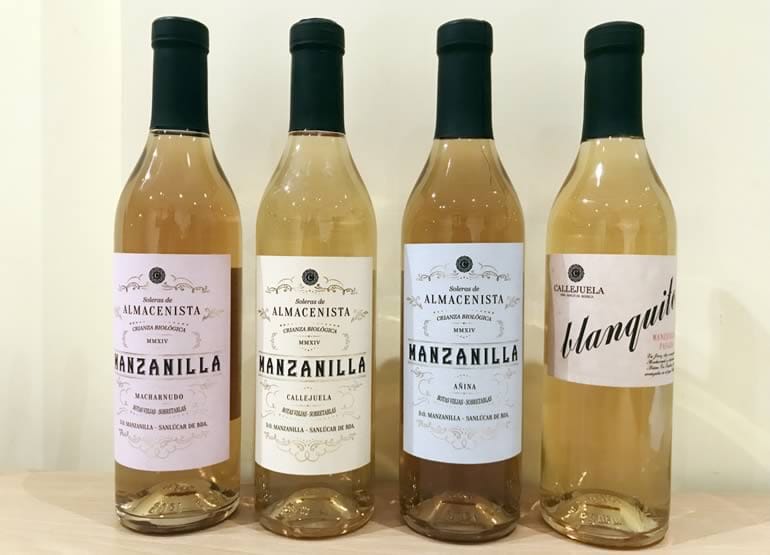 Pepe and Paco, Brothers from Callejuela in Sanlucar de Barrameda, released three new Manzanilla sherrys Añadas 2014 (vintages); Callejuela, Macharnudo and Añina. The Manzanilla’s names come from the Pagos –single estates- where the two brothers have the Palomino vineyards. Pago Macharnudo and Añina located in Jerez (Inland), Pago Callejuela in Sanlucar, (by the Atlantic coast)
The idea is to show in the same vintage, the distinction of the three Pagos, the terroir and climate that is reflected in the style of each Manzanilla. They have been through the process of static ageing, one butt of 600 Litres for each Manzanilla. The static ageing is made in single barrels instead of solera system. Back in the past, static ageing was the traditional way of making sherry, before the solera system came into scene. Static ageing results on a faster concentration in the wine, more elegance and softness than the solera system.
Callejuela 2014, is the finest, soft elegance, Manzanilla style. Production of 900 btls.
Macharnudo 2014, notes of oxidation, Amontillado style. Production of 600 btls.
Añina 2014, thinner velo de flor, Palo Cortado style. Production of 600 btls.